Despite is dry and low lying landscape, Lanzarote has very unique local vegetation, primarily situated in areas such as the Famara massif.

The best local vegetation in Lanzarote

Nowadays, the most vegetated areas in Lanzarote are around the massif of Famara, its organic sandy beaches, and the cliffs of Los Ajaches and Malpaís de La Corona. Due to its low altitude, the island does not have many different species of trees. However, there are some eye catching plants in different areas of the island: on the coast, in the areas with dried lava, and in the highlands.

Due to the island’s volcanic activity, in the region of Malpaís de la Corona there are also a lot of tabaibas, verodes, bryophytes, and lichens. 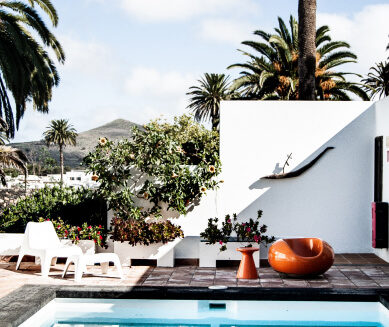